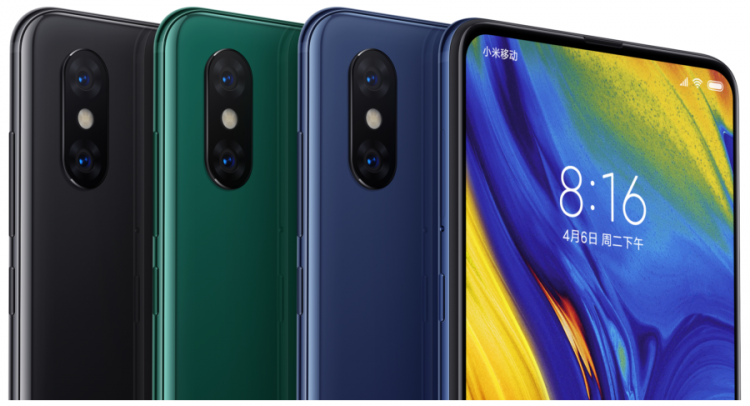 China had 1.3 billion smartphone subscribers in its domestic market in 2015. Smartphones manufacturers in China are becoming more and more popular and dominant sellers. The best thing about the Chinese Smartphones brand is that they provide the best quality at a reasonable price. Chinese Smartphone companies are reliable and are exported to every corner of the world. They use many online platforms for the delivery of the product to its customers such as eBay, Amazon, and Aliexpress.
These Chinese smartphones brands have stronger hardware and software capabilities. These smartphones possess the best features including its camera, fingerprint sensors, fast charging, face recognition, and 4G internet at an affordable price.

A Chinese consumer company OPPO is an acquisition of BBK Electronics. This Chinese company provides a variety of electronics that include smartphones. OPPO is headquartered in China and is known as one of the best smartphone company around the globe.
The android phones of Oppo are known to be the best smartphones. Oppo has been releasing a variety of smartphones powered by Android. Oppo made its way out and they have expanded to almost all parts of the world. In recent surveys of 2016, OPPO emerged as the biggest smartphone company.
The smartphones of OPPO usually use the ColorOS, which is the customized version of Android. In the past few years, OPPO has been successful in making new customers around the globe. The reason for this huge success is good quality smartphones with new and updated features. Another good reason for the fame of Oppo is that their smartphones are highly reliable.

The developers continuously push the new features in new mobile updates. This is what makes the Oppo as one of the best reliable smartphones brands in the world. Although, Oppo seems like a young company it managed to compete with the biggest brand of the globe like Samsung, Huawei and Apple. Oppo maintains and most importantly updates its quality with the need of time. It has a stronghold not only in Chinese markets but all across the world with its increasing number of customers each day.
Globally, Oppo was ranked 4th largest smartphone selling company in 2017. Oppo has again taken the initiative to launch 5G smartphones commercially. Oppo is a reliable brand having an infusion of design and innovation in technology with exciting experiences for the customers.

Huawei Technologies Co., Ltd. is a leading multinational Chinese company revolutionalizing consumers electronics and telecommunications devices. Huawei was established in 1987 by a former military engineer, Ren Zhengfei, in the People’s Liberation Army, headquartered in Shenzhen, China.
Huawei functions in more than 170 countries with 180,000 employees across the world, 46% of which they do the demanding work of research and evolution in technology. Huawei aims to provide consulting and operation service to enterprises across the globe. Huawei is the third largest smartphone manufacturer in the world.
Huawei Consumer BG is committed to the innovation of the latest technologies. Huawei focuses on basic research to meet the expectations of clients considering their needs and requirements. These demands are accelerating Huawei on the road to success, as it embraces the challenges to flourish. It concentrates on the efforts to drive technological breakthrough to build a connected world.
In 2016, Huawei was serving over one-third of the world’s population. In 2017, Huawei started a Cloud Business Unit and facilitated BYD to establish a small standardized factory. It was ranked 72nd on the Fortune Global 500 list after replacing Apple as the second largest manufacturers of the smartphone in 2018.

OnePlus is a Chinese smartphone manufacturer set up by Pete Lau and Carl Pei in December 2013  based in Shenzhen, China. The company provides its services and releases smartphones in 34 countries around the world with 776 employees. Although OnePlus is a young company, yet it grabbed a good position in the market in a short time. Documentation by Chinese Government disclosed that fact that OPPO owns Oneplus before this Oneplus denied the reality.
Oneplus utilizes e-commerce facility to sell its products to the consumers online across the world including UK, US, Spain, Saudi Arabia, India, Italy, Hungary and Malaysia and hire Amazon for delivery services outside China. OnePlus is committed to providing better products at affordable price keeping in views the demands and necessities of its clients.

OnePlus with a spirit of competition for reliable and user-friendly smartphones consider everything to improve the product. It challenges flagship smartphone brands with an exclusive hold of the Indian smartphone market. Its excellent hardware provided with cracking charging qualities compete for the top-ranked brands.
OnePlus mission is to combine iOs and Android for customers at a reasonable price, that defines their tagline “Never Settle”. The company never compromises the quality of low priced products. Oneplus achieved immense success becoming the third largest company smartphone manufacturer, selling millions of devices eventually surmounting many brands. It takes steps and make strategies to cope with the demand and complains of both average and top users, that makes it a reliable and trustworthy brand for users. In 2016 it was the most relied brand in India.

Xiaomi Corporation is a Chinese electronics company founded in 2010, headquartered in Beijing. Xiaomi’s logo “MI” represents Mobile Internet since Xiaomi was established to be a mobile-first technology company.
Smartphones that Xiaomi assembles use their own version of Android MIUI firmware. Viewers suggest by marginalizing itself from the Android world, Xiaomi is making its way to success.
The product quality and performance of their smartphones make it reliable for customers with amazing features, sound quality and camera are prominent as compared to other brands, hence enhancing its overall efficiency. Xiaomi with 15,000 employees is booming in China, India, Malaysia, Singapore and is extending to Indonesia, Philippines, and South Africa.

Xiaomi is a  trusted brand in China as well as in many other countries. Quality products of Xiaomi make it matchless, it’s budget line is exceptional with remarkable features apart from expensive leading gadgets like Mi 3 or Mi 4. In 2017, Xiaomi doubled its smartphone shipments to become the world’s fourth-largest maker.
Xiaomi is the fastest growing brand in China having good quality and satisfying design with remarkable international growth and a goal of global expansion in 2019. Xiaomi represents itself as an internet company with a focus on user experience. Xiaomi’s attracts its client by channelizing internet services business and the low-profit smartphones, and new launches with premium products like Note Pro and Mi Mix 2.